So the question came up in regards to Privateer and Alexis’ use of a comms laser to communicate with Malcomson in normal-space: Why, then, do ships not use this in darkspace? Why the complicated, visible-light signaling process?

Aside from the author’s desire for Age of Sail signaling in an Age of Sail In Space book, of course.

This has to do with the nature of darkspace and dark matter in the Carew universe, and the difference between visible light and lasers.

In Into the Dark, I describe Alexis’ first experience outside the hull in darkspace and the effects of light there:

Merlin’s outer lights came on, shining from the hull and masts but not all at once. Even the light behaved differently here, seeming to pool and flow across the surface of the hull, creeping toward her along the bowsprit and as it reached her, she found it more difficult to make out the far off shapes.

Then her first glimpse of shot from the ship’s guns:

A moment later, the monitors displaying the Chase showed a bolt of laser light flow by the fleeing ship to port. It almost oozes along, Alexis thought, still disturbed by the odd way things behaved in darkspace.

The nature of dark matter in darkspace is very tightly related to gravity, and gravity does effect light. That’s how scientists came up with the theory of dark matter, after all — the light from distant stars was being bent by far more gravitational force than could be accounted for by the visible matter. [https://en.wikipedia.org/wiki/Dark_matter]

So in darkspace, this effect is magnified and with the additional caveat that the greater the amount of “normal” matter (I.e. not dark matter or dark energy) the greater the effect of the dark matter on it. This is one of the reasons there’s an upper limit on the size of the ships its practical to take into darkspace (in addition the diminishing returns of how much normal-space mass the dark energy winds can propel through that dark matter).

This effect on the mass of the ships is somewhat offset by the handwavium of gallenium, which, when added to the ship’s hull and properly charged sort of pushes the dark matter away and negates its effects.

But away from the ship’s hull — away from the gallenium — there is no protection, which is why a person going adrift in darkspace (or at the top of a mast during a fierce storm) feels those effects more strongly. They have no protection from it then.

So light, whether visible or laser, has no protection from the effects of dark energy and dark matter when away from the ship’s hull.

But, wait, some say — light is photons and photons have no mass to be affected.

Ah, but the wonders of physics and relativity tell us that a photon has a rest mass of zero, as measured by an observer who sees the particle with zero speed. But light is never at rest — it always travels at c, and therefore has zero rest mass. Light is affected by gravity and dark matter.

So we get to the difference between visible light and laser light, and their behavior in darkspace. 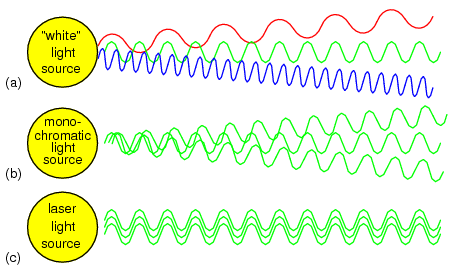 Regular light is more diffuse, less energy-dense, and not in phase. From a darkspace theory-standpoint, it’s less “dense”, less massy, therefore the dark matter has less of an effect on it. It travels less distance in darkspace and diffuses quicker, making visible objects somewhat blurry and cutting down on the distance at which something can be viewed. I don’t necessarily call this out in the books, because it doesn’t add a great deal — it’s just something that spacers account for, much as an ocean sailor deals with a morning haze or the glare of sunlight off the water.

Laser light has more energy, more photons, more densely packed and in-phase, therefore, by the same token that the impact of dark matter grows stronger as physical mass increases, the effect on lasers is greater.And the lasers in the Carew universe are extremely powerful — there’s a lot of energy packed into those capacitors. There has to be, in order to punch through and overcome the effects of dark matter to still have energy left at impact with the target.

As the laser shot from a gun leaves the protections around a ship’s hull, it’s immediately affected by the dark matter. It’s condensed, slowed, and even it’s path can be warped by those forces.
This is where the gunnery comes into play, and the laying, aiming, of the ship’s guns. The gunners must judge how the dark matter and dark energy between their ship and the target is warping and altering the laser’s course.

In fact, the ships’ guns in the Carew universe would probably be better described as the “light bullets” here (https://www.scientificamerican.com/article/high-intensity-lasers-curve/) than a conventional beam laser.

A comms laser would, necessarily, be of significantly less power, but still have more energy and coherence than visible light. This type of laser is affected by the dark matter and dark energy as well, being shifted in course and diffused to a greater extent than visible light, and making a reliable communications laser impractical in darkspace. The cruder, less dense medium of visible light is used for that.