Book Recommendation: The Powers of the Earth (Aristillus Book 1) 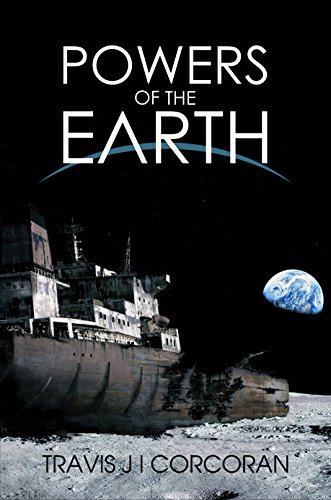 Earth in 2064 is politically corrupt and in economic decline. The Long Depression has dragged on for 56 years, and the Bureau of Sustainable Research is hard at work making sure that no new technologies disrupt the planned economy. Ten years ago a band of malcontents, dreamers, and libertarian radicals bolted privately-developed anti-gravity drives onto rusty sea-going cargo ships, loaded them to the gills with 20th-century tunnel-boring machines and earthmoving equipment, and set sail – for the Moon.

see this book on Amazon

I backed this book and its sequel on Kickstarter and have been hounding the author to get it out there so people could buy it. He finally has and you should!

If you liked Heinlein’s Moon is a Harsh Mistress, then you’ll love this series.

The premise is sound, the science is hard — with only one conceit that isn’t entirely plausible given today’s science. The writing is polished and solid, well beyond what should be expected of a first book. The story and characters are entertaining and compelling.

I can’t recommend this one enough! Buy it now!